Molds produce tiny spores to reproduce. Mold spores waft through the indoor and outdoor air continually. When mold spores land on a damp spot indoors, they may begin growing and digesting whatever they are growing on in order to survive. There are molds that can grow on wood, paper, carpet, and foods. When excessive moisture or water accumulates indoors, mold growth will often occur, particularly if the moisture problem remains undiscovered or un-addressed. There is no practical way to eliminate all mold and mold spores in the indoor environment; the way to control indoor mold growth is to control moisture. 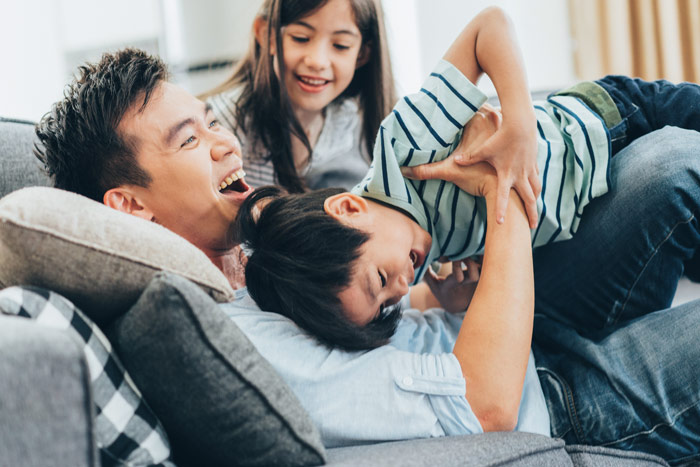 Ten Things You Should Know About Mold

2. There is no practical way to eliminate all mold and mold spores in the indoor environment; the way to control indoor mold growth is to control moisture.

3. If mold is a problem in your home or school, you must clean up the mold and eliminate sources of moisture.

4. Fix the source of the water problem or leak to prevent mold growth.

5. Reduce indoor humidity (to 30-60% ) to decrease mold growth by: venting bathrooms, dryers, and other moisture-generating sources to the outside; using air conditioners and de-humidifiers; increasing ventilation; and using exhaust fans whenever cooking, dishwashing, and cleaning.

6. Clean and dry any damp or wet building materials and furnishings within 24-48 hours to prevent mold growth.

7. Clean mold off hard surfaces with water and detergent, and dry completely. Absorbent materials such as ceiling tiles, that are moldy, may need to be replaced.

9. In areas where there is a perpetual moisture problem, do not install carpeting (i.e., by drinking fountains, by classroom sinks, or on concrete floors with leaks or frequent condensation).

10. Molds can be found almost anywhere; they can grow on virtually any substance, providing moisture is present. There are molds that can grow on wood, paper, carpet, and foods.

Molds can trigger asthma episodes in sensitive individuals with asthma. People with asthma should avoid contact with or exposure to molds.

Some people are sensitive to molds. For these people, exposure to molds can cause symptoms such as nasal stuffiness, eye irritation, wheezing, or skin irritation. Some people, such as those with serious allergies to molds, may have more severe reactions. Severe reactions may occur among workers exposed to large amounts of molds in occupational settings, such as farmers working around moldy hay. Severe reactions may include fever and shortness of breath. Some people with chronic lung illnesses, such as obstructive lung disease, may develop mold infections in their lungs.

EPA’s publication, Indoor Air Pollution: An Introduction for Health Professionals, assists health professionals (especially the primary care physician) in the diagnosis of patient symptoms that could be related to an indoor air pollution problem. It addresses the health problems that may be caused by contaminants encountered daily in the home and office. Organized according to pollutant or pollutant groups such as environmental tobacco smoke, VOCs, biological pollutants, and sick building syndrome, this booklet lists key signs and symptoms from exposure to these pollutants, provides a diagnostic checklist and quick reference summary, and includes suggestions for remedial action.

“A major concern associated with exposure to biological pollutants is allergic reactions, which range from rhinitis, nasal congestion, conjunctival inflammation, and urticaria to asthma. Notable triggers for these diseases are allergens derived from house dust mites; other arthropods, including cockroaches; pets (cats, dogs, birds, rodents); molds; and protein-containing furnishings, including feathers, kapok, etc. In occupational settings, more unusual allergens (e.g., bacterial enzymes, algae) have caused asthma epidemics. Probably most proteins of non-human origin can cause asthma in a subset of any appropriately exposed population.” 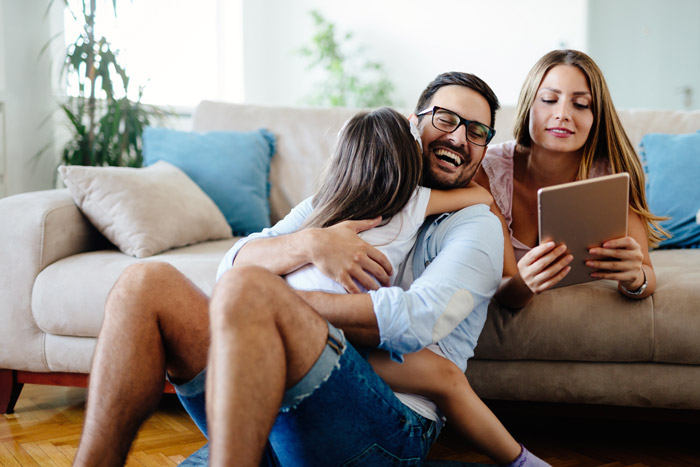 The EPA publication, “A Brief Guide to Mold, Moisture, and Your Home”, and Spanish (PDF, 20 pp, 796KB). This Guide provides information and guidance for homeowners and renters on how to clean up residential mold problems and how to prevent mold growth.

Biological Pollutants in Your Home – This document explains indoor biological pollution, health effects of biological pollutants, and how to control their growth and buildup. One third to one-half of all structures have damp conditions that may encourage the development of pollutants such as molds and bacteria, which can cause allergic reactions — including asthma — and spread infectious diseases. Describes corrective measures for achieving moisture control and cleanliness. This brochure was prepared by the American Lung Association and the U.S. Consumer Product Safety Commission. The publication was updated by CPSC in 1997

There are many ways to control moisture in your home:

Your humidistat is set too high if excessive moisture collects on windows and other cold surfaces. Excess humidity for a prolonged time can damage walls especially when outdoor air temperatures are very low. Excess moisture condenses on window glass because the glass is cold. Other sources of excess moisture besides overuse of a humidifier may be long showers, running water for other uses, boiling or steaming in cooking, plants, and drying clothes indoors. A tight, energy efficient house, holds more moisture inside; you may need to run a kitchen or bath ventilating fan sometimes or open a window briefly. Storm windows and caulking around windows keep the interior glass warmer and reduce condensation of moisture there.

Humidifiers are not recommended for use in buildings without proper vapor barriers because of potential damage from moisture buildup. Consult a building contractor to determine the adequacy of the vapor barrier in your house. Use a humidity indicator to measure the relative humidity in your house. The American Society of Heating and Air Conditioning Engineers (ASHRAE) recommends these maximum indoor humidity levels. 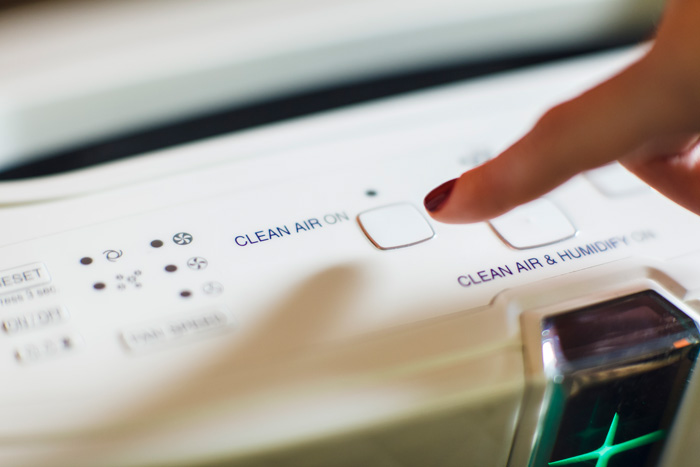 How to Identify the Cause of a Mold and Mildew Problem

Mold and mildew are commonly found on the exterior wall surfaces of corner rooms in heating climate locations. An exposed corner room is likely to be significantly colder than adjoining rooms so that it has a higher relative humidity (RH) than other rooms at the same water vapor pressure. If mold and mildew growth are found in a corner room, then relative humidity next to the room surfaces is above 70%. However, is the RH above 70% at the surfaces because the room is too cold or because there is too much moisture present (high water vapor pressure)?

The amount of moisture in the room can be estimated by measuring both temperature and RH at the same location and at the same time. Suppose there are two cases. In the first case, assume that the RH is 30% and the temperature is 70oF in the middle of the room. The low RH at that temperature indicates that the water vapor pressure (or absolute humidity) is low.

The high surface RH is probably due to room surfaces that are “too cold.” Temperature is the dominating factor, and control strategies should involve increasing the temperature at cold room surfaces.

In the second case, assume that the RH is 50% and the temperature is 70oF in the middle of the room. The higher RH at that temperature indicates that the water vapor pressure is high and there is a relatively large amount of moisture in the air. The high surface RH is probably due to air that is “too moist.” Humidity is the dominating factor, and control strategies should involve decreasing the moisture content of the indoor air.

You Should Consider Having the Air Ducts in Your Home Cleaned If:

Standards or Threshold Limit Values (TLVs) for airborne concentrations of mold, or mold spores, have not been set. Currently, there are no EPA regulations or standards for airborne mold contaminants.