Insider Tips on How to Buy

Have High Bills Got You Thinking of Replacing Your Old Heating System?

If your heating system is constantly requiring service or if it’s over 17 years old, you’re probably thinking about replacing it, perhaps even before winter sets in. This puts you in the uncomfortable position of deciding who you can trust with this important investment. Since even a good piece of equipment can become a source of ongoing problems if it isn’t installed correctly, locating the right company is probably even more important than the actual choice of equipment. 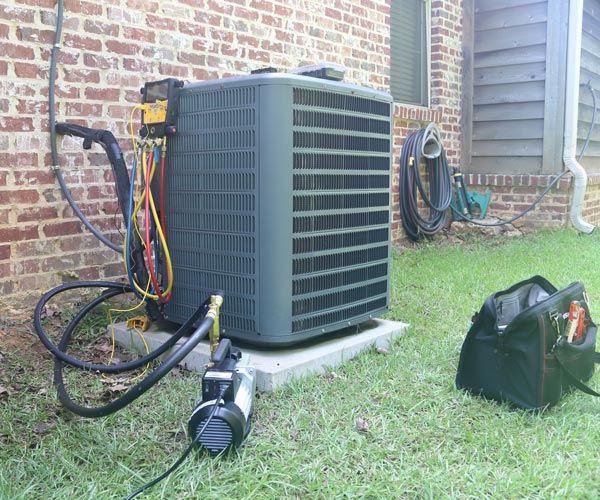 Know What’s Important Before You Shop

The first and most important rule when hiring any contractor is that the product is only as good as the company which puts it in.

Just as with the engines found in cars today, heating systems have changed tremendously in the last few years. The manner in which they are installed, applied and maintained is absolutely critical. For this reason, it is more important that you look closely at the company quoting your work than at the shiny brochures which describe only the equipment being quoted. Although the price is obviously a consideration, don’t let it blind you. No one has ever been comforted by the fact that they got a great deal on a high-efficiency heating system when it’s February and the company that installed it can’t figure out why it won’t run.

Therefore, you’ll want to use some form of criteria other than price alone to evaluate your quotes. Here are a few suggestions for selecting a contractor who ensures your total satisfaction.

Down & Dirty Secrets for Choosing Contractors

The first thing to look for is how well the company responds to and handles every one of your calls. Just think, when you’re in the market for a heating system, if you don’t get a prompt, clear and friendly response from a company who knows you are looking to make a sizeable investment (possibly with them), what will you get six months from now when you call with a warranty problem they have to handle at no charge?

In fact, after you’ve narrowed down your choices, it’s not a bad idea to call the company up after business hours. Since it involves your home’s heat, don’t you think it’s important to find out if they can even be reached after hours…and how they will respond? This can very quickly separate which companies do more than just “talk” good service.

The riskiest part of dealing with any company is typically realized only after the work is done and you’ve paid for it. Because by then, if something goes wrong, the only thing you have to fall back on is their reputation and the integrity they’ve shown to past customers. Therefore, it makes a whole lot of sense to discern these things up front. You see, even installations by good companies can have problems at one time or another. The question is, how do they handle them?

How to Get Valid Referrals

The biggest mistake most people make when interviewing a contractor is they ask the contractor to provide them with referrals. Think about it, would it not be an awful stupid contractor who gives you the name of someone he messed up on and to whom he never delivered the satisfaction he had promised? How, then, do you get a valid referral without ‘giving the fox the keys to the henhouse’?

You need to decide who to talk to-not him. You want to talk with someone at random who the company has worked for in the past and who has lived with their installation and service. Simply ask the contractor for the name of a customer who lives near you or someone who purchased the same equipment a year ago. The more specific you are, the harder it is for the contractor to stack the deck. When you get the name of someone, call them up and ask them if they’re still satisfied with the contractor they chose? After all, isn’t ‘still satisfied’ what you want to be five years from now?

If a salesman says his customers wouldn’t want you to call and bother them-hogwash! Remember, his customers were in the same boat as you when they were choosing a contractor. Customers rarely refuse to let others know if they were happy with a job. In fact, if they weren’t happy, telling you about it would probably make their day!

Run From a Contract with Fine Print

The main thing you should require from a heating and cooling contractor working in your home is a complete money-back guarantee-in writing-covering your entire first year of ownership. If the company isn’t willing to take all the risk to satisfy you, it means that you’re taking it all. You shouldn’t take any. With the equipment covered by the manufacturer’s warranty, other than financing, any other conditions are totally related to the contractor’s workmanship.

If the contractor lacks complete confidence in his employees’ knowledge or skills, why should he expect you to? Remember, if your equipment is correctly sized, installed and properly maintained on an annual basis, you should easily get at least 20 years out of it. More importantly, you’ll avoid the potential frustration and horror stories that come with making a bad choice.